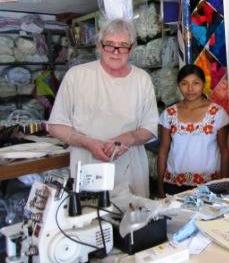 Jim MCCRARY has published a dozen poetry books including West of Mass (Tansy Press, 1992), All That: The Collected Chapbooks (Manypenny Press, 2006) and a series of DIY titles including: Dive She Said, Hotter Than and Now, (Hog Oil Press), My Book, Oh Miss Mary, Mayaland, Es Verdad, ReVeiled (Really Old Gringo Press) and Po Doom and Not Not from Hank's Original Loose Gravel Press which he co-publishes with Steven Tills. His work has appeared in scores of magazines ranging from Evergreen Review, Exquisite Corpse, The Continental Review, Galatia, Texture, Avec and House Organ. He has a BA and MA from Cal State Sonoma where he studied with David Bromige. He was awarded a Phoenix award from the city of Lawrence, KS for his 'contributions thru literature to the community'. He co-curated the wildly popular Poetry Slam at the Flamingo, a topless dance bar just over the city limits in North Lawrence. Today he helps Megan Kaminski and Sorcha Highland run a poetry series in the basement of a downtown Lawrence dive bar...The Taproom (www.taproompoetry.blogspot.com). 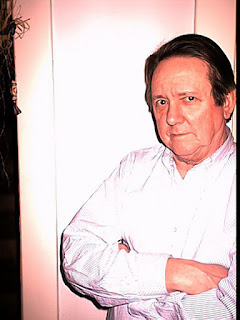 David OHLE’s novel, Motorman, was published by Alfred A. Knopf in 1972 and re-released by 3rd Bed Press in 2004 with an Introduction by Ben Marcus. Its sequel, The Age of Sinatra, was published by Soft Skull in 2004, followed in 2008 by The Pisstown Chaos. In 2009, two novellas, Boons and The Camp were published by Calamari Press under one cover. He has edited two non-fiction books, Cows are Freaky When They Look at You: An Oral History of the Kaw Valley Hemp Pickers (Watermark Press, 1991) and Cursed From Birth: the Short, Unhappy Life of William S. Burroughs, Jr. (Soft Skull, 2006). His short fiction has appeared in Harper’s, Esquire, the Paris Review, TriQuarterly, the Missouri Review, the Pushcart Prize and elsewhere. He has taught fiction writing at the University of Texas in Austin, the University of Missouri in Columbia and currently both fiction and screenwriting at the University of Kansas in Lawrence. 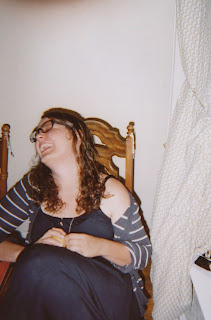 Katie TWISS is the author of several books of fiction written strictly for her mother, all at the age of six, all having to do with cats. She is from Kansas City, Missouri by way of Tulsa, Oklahoma by way of Fremont, California. She is a senior in printmaking and creative writing at the Kansas City Art Institute. She spends a great deal of time driving long, unnecessary distances for fun and drinking copious amounts of tea.