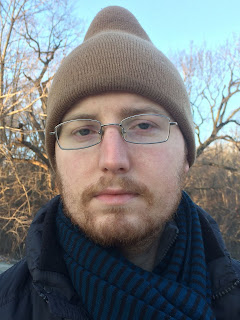 Cameron MORSE taught and studied in China. Diagnosed with a glioblastoma in 2014, he holds an M.F.A. from the University of Missouri—Kansas City and lives with his wife Lili and son Theodore in Blue Springs, Missouri. His poems have been published in over 100 different magazines, including New Letters, Bridge Eight, South Dakota Review, I-70 Review and TYPO. His first collection, Fall Risk, is available from Glass Lyre Press. His second, Father Me Again, is forthcoming from Spartan Press. 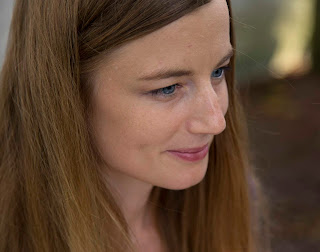 Hilary PLUM is the author of the novel Strawberry Fields, winner of the Fence Modern Prize in Prose (2018); the work of nonfiction Watchfires (2016), winner of the 2018 GLCA New Writers Award for Creative Nonfiction; and the novel They Dragged Them Through the Streets (2013). She teaches creative writing at Cleveland State University and in the NEOMFA program and serves as associate director of the CSU Poetry Center, where she organizes the Lighthouse Reading Series. With Zach Savich she edits the Open Prose Series at Rescue Press. Recent fiction, essays, poetry, and criticism have appeared in Bookforum, Full Stop, Consequence, Poetry Northwest, the Mississippi Review, the Seneca Review, Big Big Wednesday, and elsewhere. 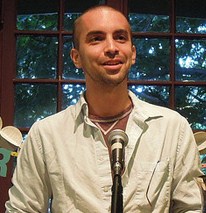 Zach SAVICH is the author of six books of poetry, including Daybed (Black Ocean, 2018) and The Orchard Green and Every Color (Omnidawn, 2016), and two books of prose, including Diving Makes the Water Deep (Rescue, 2016). He teaches in the BFA Program for Creative Writing at the University of the Arts, in Philadelphia, and with Hilary Plum co-edits Rescue Press's Open Prose Series. His work has appeared in journals including American Poetry Review, Boston Review, A Public Space, Kenyon Review, VOLT, jubilat, and Sprung Formal.