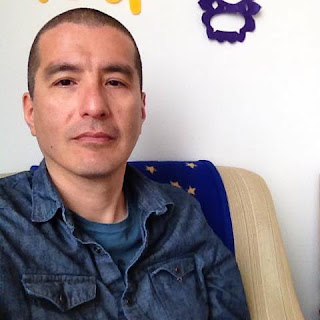 Scott BEAR DON'T WALK is a member of the Apsáalooke and Bitterroot Salish tribes. He has an MFA in creative writing from New York University. He lives and writes in Lawrence Kansas.

Lewis FREEDMAN is most recently the author of Residual Synonyms for the Name of God (Ugly Duckling Presse, 2016). He is also the author of Hold the Blue Orb, Baby and Solitude: The Complete Games, both experiments on the form of the book, as well as several chapbooks. His poems have appeared in many periodicals including Jubilat, Epiphany, Catch-Up, Try, P-Queue, and 6x6. He recently moved to Stillwater, Oklahoma to teach at Oklahoma State University